About The Gowan Group

The Gowan Group is a family-owned holding company directly controlling many successful trading companies as well as significant property holdings and financial investments in public and private companies in Ireland, Northern Ireland and the U.K.

Founded in 1969 by the late Con Smith, the Group exclusively distributes a number of blue chip brand names in Ireland, including Peugeot, Honda, Opel and Senator Windows in addition to kitchen and domestic appliances distributed by KAL Group. These include the exclusive distribution of globally recognised brands AGA, De Dietrich, Nordmende, KitchenAid, Shark/Ninja, Franke, Sharp and Whirlpool among others.

Motor retailing plays an important role in our continuing success story through our flagship state of the art premises at Gowan Navan Road, Dublin 15. Peugeot, Honda, Opel and KIA cars and commercial vehicles are sold and serviced at Gowan Motors.

KAL Group is Ireland’s leading distributor and supporter of globally renowned brands for Ireland’s electrical and kitchen retail channels. Situated in state-of-the-art showrooms at Dublin’s Citywest (the largest showroom of its kind in Europe) KAL have created the perfect space to showcase its kitchen and consumer appliance brands.

Senator Windows was established in 1985 and acquired by the Group in November 2006. Senator is the market leading Aluminium, Aluclad, Timber and PVC window and door manufacturer in Ireland. Senator offer a full range of energy and security rated windows, doors and conservatories. In 2016, Senator Windows became the first company in its industry to achieve the ISO9001:2015 standard demonstrating commitment to offering products and services of consistently good quality.

The Group maintains a significant portfolio of Equity investments in Ireland, UK, Europe and Internationally as well as a separate Property Division.

The Gowan Group is a dynamic group always striving for success and a high level of achievement. Since its foundation, the Gowan Group has enjoyed consistent success. This is due not only to the quality of our products but also to the vitality and enthusiasm of our distributor network.

The success of the Gowan Group has been built on a policy of rigorous professionalism and attention to our stakeholders: customers, employees, suppliers, and shareholders. We are dedicated to each of our companies being recognised as a business of integrity, handling quality products and offering the best value to our customers and backed by the guarantee of one of Ireland’s largest private Groups. 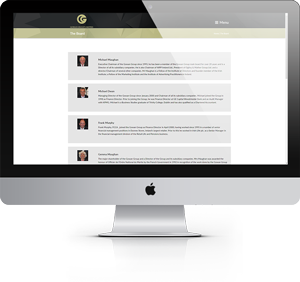 This site uses cookies to improve your browsing experience. Find out more.